Invented by Auguste and Louis Lumière in 1903 and released to the public in 1907, autochromes offered the first practically applicable color-photography process. The plates—unique color positive transparencies viewed against diffuse light or projected—were created by layering potato starch particles that had been dyed red-orange, green, and blue-violet between glass and light-sensitive black-and-white emulsion. When exposed in the camera, light passed through the colored grains, selectively exposing the emulsion beneath. While regular processing would result in a negative image, reversal development inverted the areas of dark and light, creating a positive image. When the finished autochrome is viewed, the dyed starch particles act as tiny light filters, creating the appearance of a full-color image. Although praised by Stieglitz and Steichen for their luminosity, autochromes were difficult to duplicate and exhibit and therefore fell out of favor with the advent of color film. 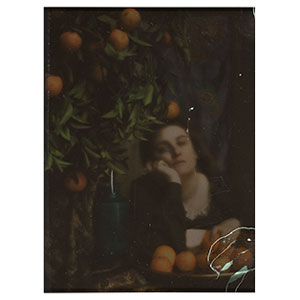 Clara Steichen with Bowl of Oranges, 1907 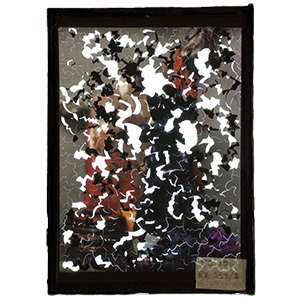 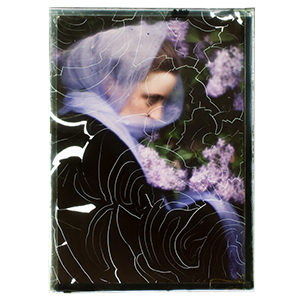 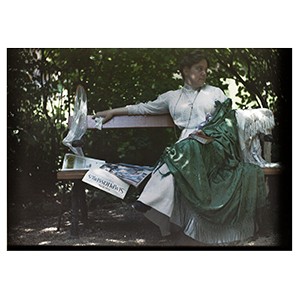 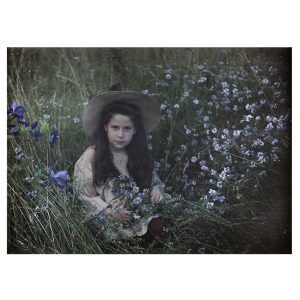 Kitty Stieglitz in a Field with Blue Flowers, 1907 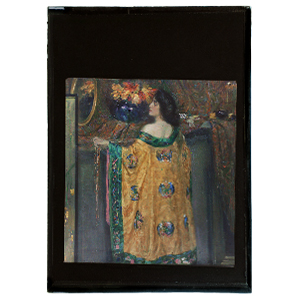 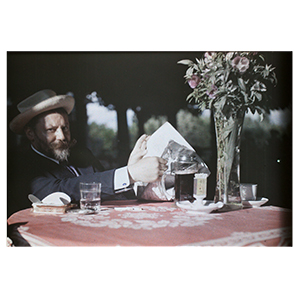 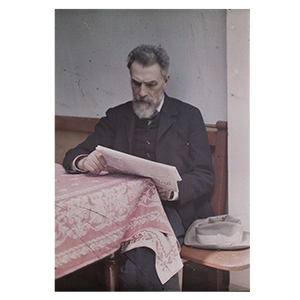 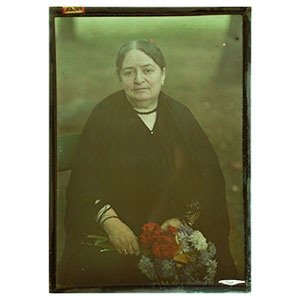 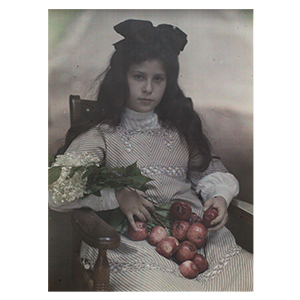 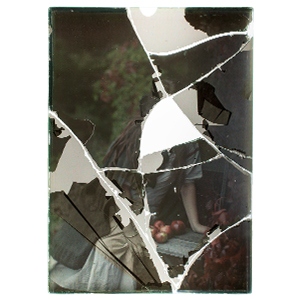 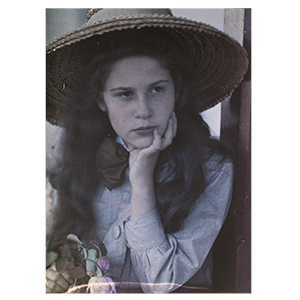 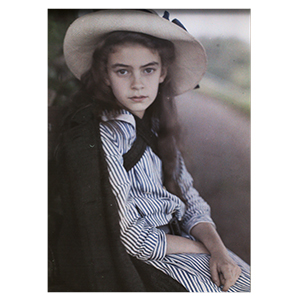 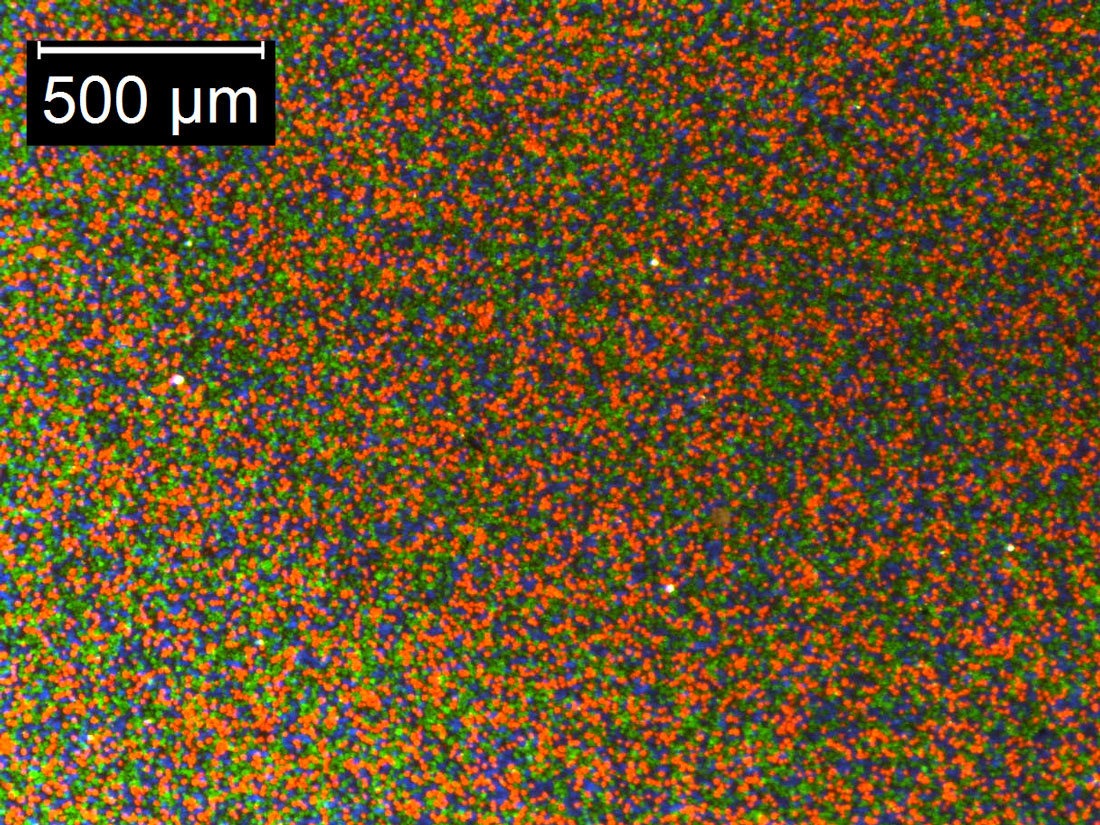 A photomicrograph of an autochrome