Paul Strand became known for practicing what was referred to as straight photography, made “without tricks of process or manipulation.”[1] After first visiting the Little Galleries of the Photo-Secession at the age of seventeen, he eventually befriended Stieglitz and showed him his early, Pictorialist-inspired work. Stieglitz advised Strand to move away from the soft-focus style and use a smaller lens aperture to create sharper photographs. Combined with the influence of Cubism and abstract art, this would lead to a breakthrough in Strand’s work, resulting in a remarkable series of abstract photographs.

In 1916, Stieglitz gave Strand a solo exhibit at 291, after abstaining from showing any photographs but his own in the years following the influential Armory Show of 1913. He also devoted the last two issues of Camera Work to Strand’s photographs, praising them as “the direct expression of today” and devoid of any “-ism.”[2] Later, Stieglitz would show Strand’s work at Anderson Galleries and the Intimate Gallery, including him in the group of American painters he championed in the 1920s and 30s.

Strand’s experiments in abstraction would never again be as “pure” as the photographs reproduced in Camera Work or shown at 291. Instead, he sought to apply the formal rules he had learned to works that reflected his leftist political views. These included a series of “portraits” of towns and regions published as photobooks, as well as a handful of films addressing labor concerns.

Strand, who was also mentored by Clarence White and Gertrude Käsebier, was a member of the younger generation of photographers promoted by Stieglitz. He was friends with many of the artists shown at 291, and he wrote prolifically on photography and painting, including on the work of John Marin. Strand and his first wife, Rebecca “Beck” Salsbury Strand, were close friends with Stieglitz and O’Keeffe, and Beck modeled for Stieglitz in the autumn of 1922. 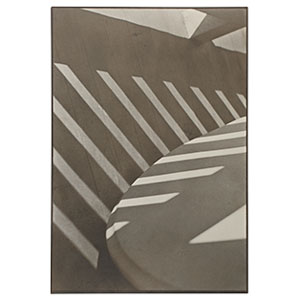 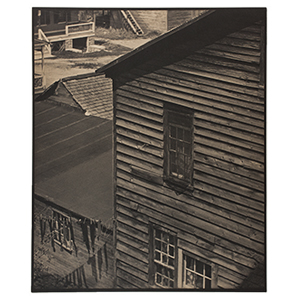