Eventually the concept of the Loop diminished to a less significant stage; my concern was for photographic form. The Loop was not so much the idea to be expressed as the situation or location wherein the camera and photographer find meaning. I wanted to photograph and the Loop was the reason.

Born in Milwaukee, Ray Metzker (American, 1931–2014) began photographing as a teenager and studied art at Beloit College in Wisconsin. Following a two-year stint in the army, he enrolled in the master’s program at the Institute of Design (ID), where he studied with Harry Callahan, Aaron Siskind, and Frederick Sommer and received his degree in 1959. His thesis, My Camera and I in the Loop, comprised 119 photographs taken within the boundaries of the elevated transit line that encircles downtown Chicago. More an investigation of photographic form than a strictly documentary project, the thesis set the stage for lifelong photographic experimentation in such series as Composites (in which he employed an entire roll of film to make a single image), Sand Creatures (featuring photographs of people splayed out on the beach at the Jersey Shore), Pictus Interruptus (marked by images obscured by something in the foreground), and City Whispers (focusing on light, shadow, and isolation in photographs of people in Philadelphia). After leaving Chicago in 1959, Metzker taught photography and received numerous awards, including Guggenheim and National Endowment for the Arts Fellowships; his work has been featured nationally in several one-man exhibitions.

In 1959 Hugh Edwards selected seventy of the photographs from My Camera and I in the Loop and displayed them in Metzker’s first solo museum exhibition. It was also the first of numerous monographic shows Edwards would mount of young photographers, many of whom were recent graduates of ID. In the brochure, Edwards noted that Metzker’s pictures engaged with yet transcended their urban subject matter. “The first attractions of these pictures are that they show us the Loop and suggest a new identification with our environment,” he wrote. “But after we have looked at them again and again, it is the abstract pleasure of contemplation which remains as their final distinction.”[2] The following year, Edwards was able to add seventeen photographs to the collection, followed by four more in 1965.

In 1961 the photographic journal Aperture featured Metzker in an issue dedicated to five students at the ID. Minor White, the publication’s editor, remarked that an exhibition of such a young artist was rare indeed: “Yearly a few arrive at the threshold of camera work. But only in Chicago does the city art museum celebrate ‘arrival’ with a public exhibition.”[3] 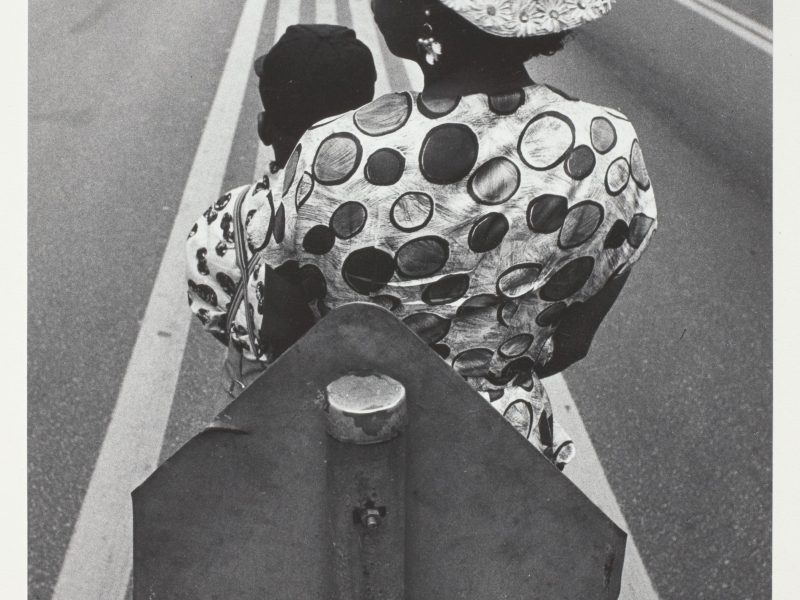 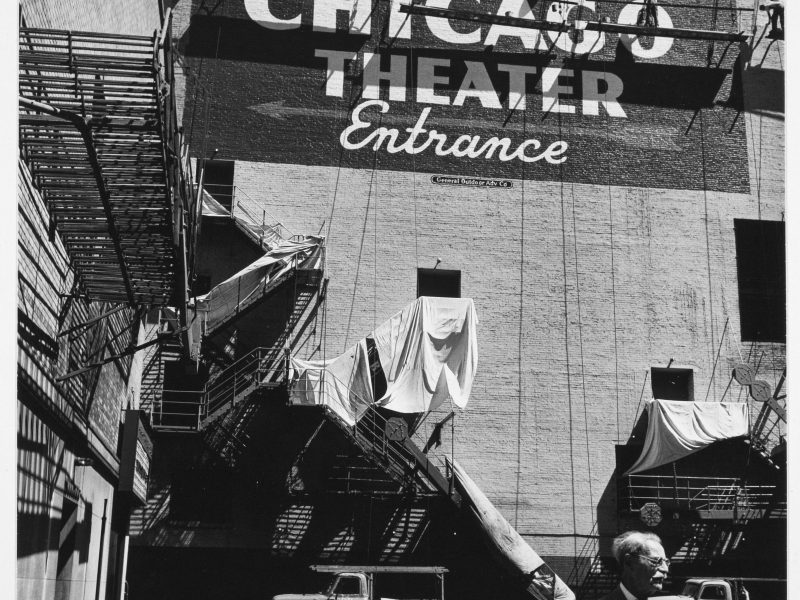 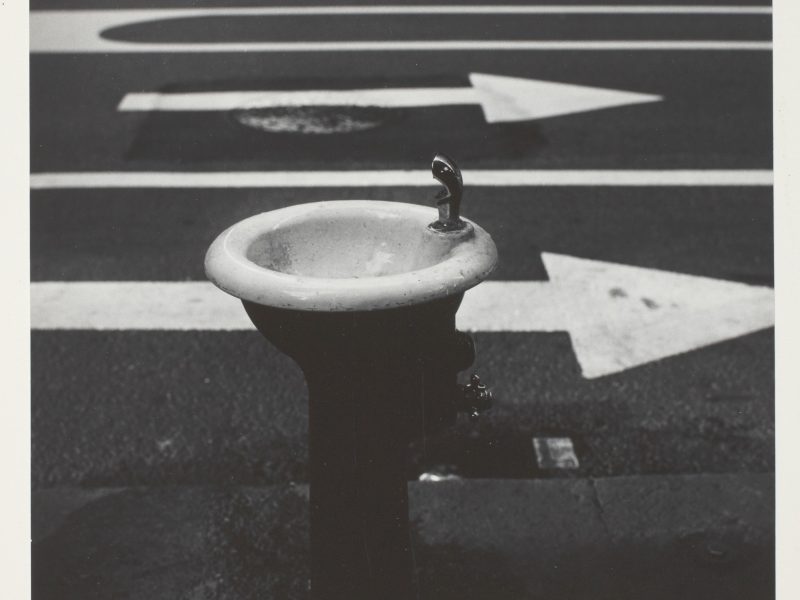 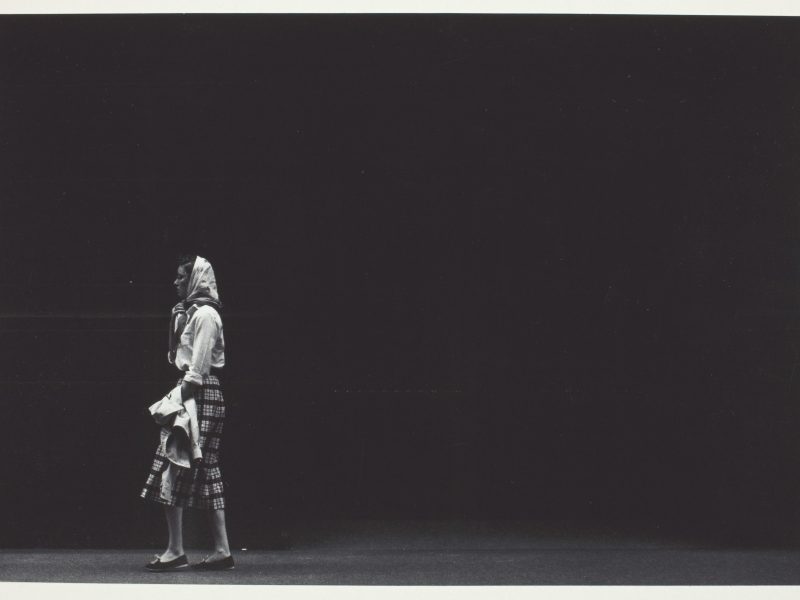 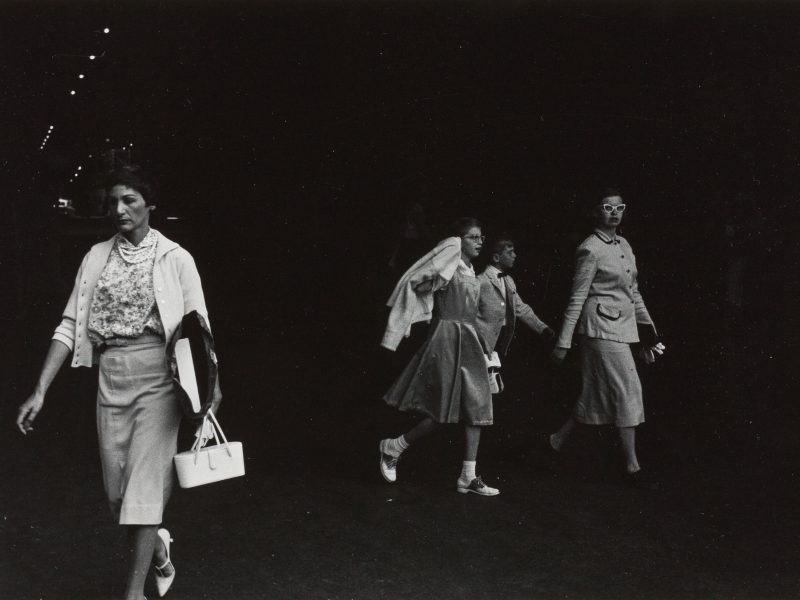 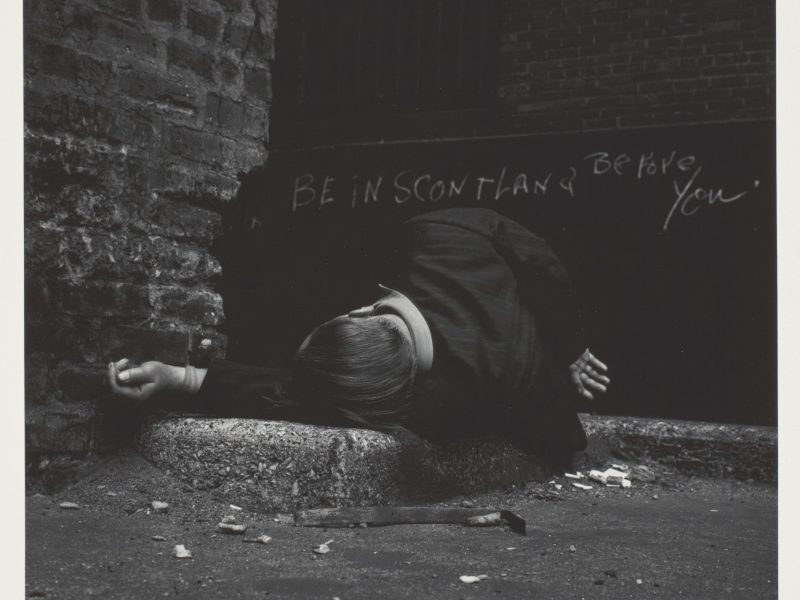 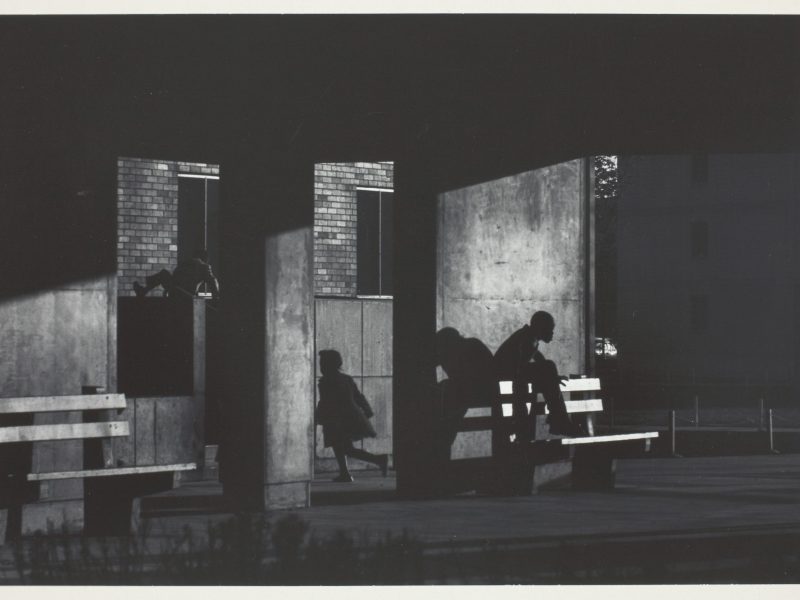 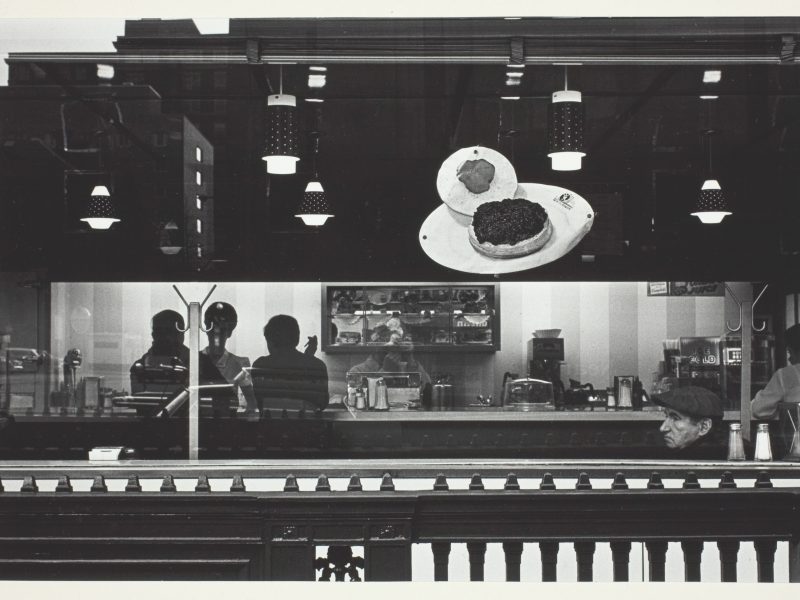 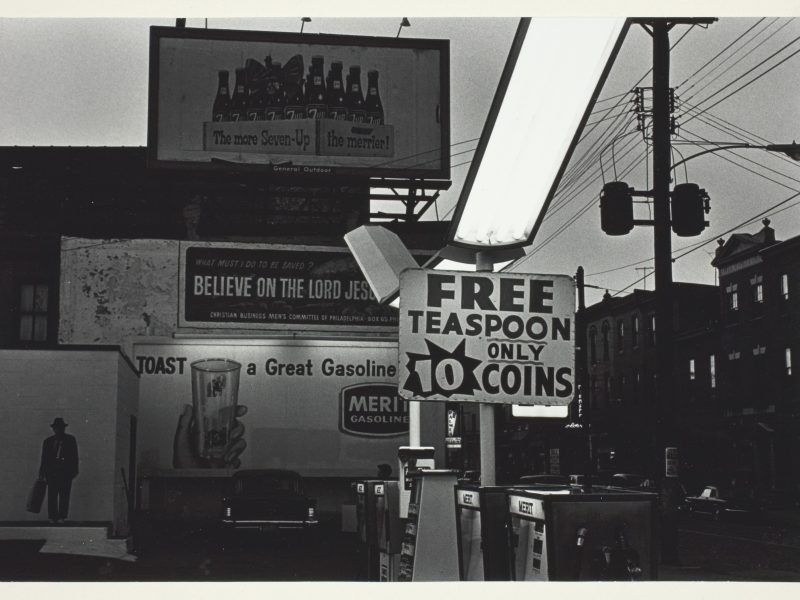