Timothy O’Sullivan (American, born Ireland, 1840–1882) began his photography career as an apprentice to portraitist Mathew Brady in his New York studio, later moving to the Washington, D.C., branch, which was managed by Alexander Gardner. When the Civil War broke out, O’Sullivan and Gardner joined Brady’s team of photographers documenting the conflict. Working with cumbersome equipment and using traveling wagons as darkrooms, O’Sullivan captured encampments, fortifications, and the aftermath of battle, providing mute testimony to America’s most deadly war; many of his images were included in the 1866 album Gardner’s Photographic Sketch Book of the War. On the basis of that field experience, O’Sullivan was later selected to participate in two government expeditions intended to assess the land and identify natural resources in the American West: Clarence King’s geological survey of the fortieth parallel, beginning in 1867, and George Wheeler’s survey of lands west of the one hundredth meridian, beginning in 1871. O’Sullivan made large-format wet-plate images of geological features for albums documenting the findings and stereo cards sold as boxed sets for general audiences. Factual and blunt, yet sophisticated in composition and often unexpectedly self-referential, O’Sullivan’s pictures served documentary ends in the nineteenth century but have intrigued modern viewers ever since.

When Hugh Edwards began as curator of photography in 1959, he had an immediate opportunity to add to the museum’s holdings in nineteenth-century photography. Beaumont Newhall, then director of the George Eastman House, made available duplicative material from its collection, including Wheeler’s two-volume survey album featuring photographs by O’Sullivan and William H. Bell and a boxed set of forty-six O’Sullivan stereo cards, also from the Wheeler expedition. Edwards’s real interest, however, lay in the Civil War material; as a native Kentuckian whose grandfather had fought in the battle of Shiloh, he had long maintained a personal interest in the conflict. Among his first photography exhibitions was an Eastman House–circulated display of Gardner’s Sketch Book, a two-volume compendium that included works by Gardner, Wood and Gibson, and John Reekie, as well as O’Sullivan. In 1967 Edwards was finally able to add a copy of the desired album to the Art Institute’s permanent collection. 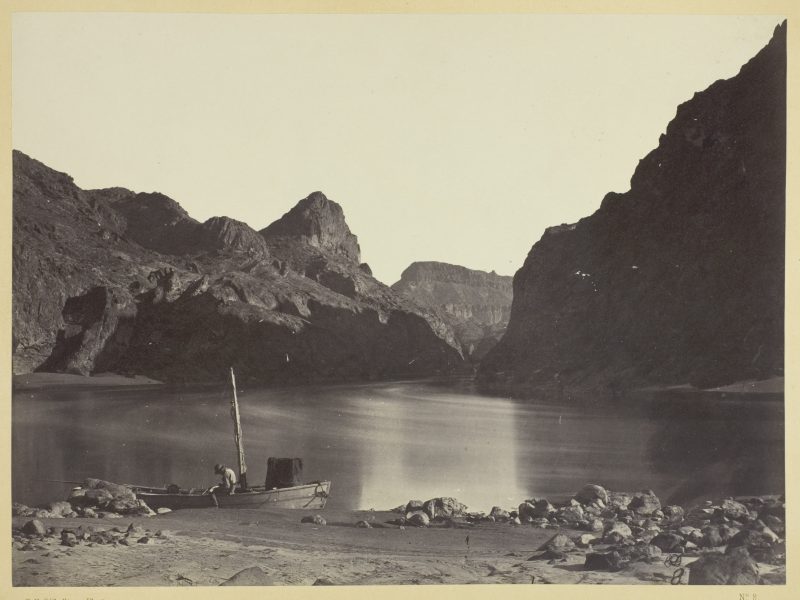 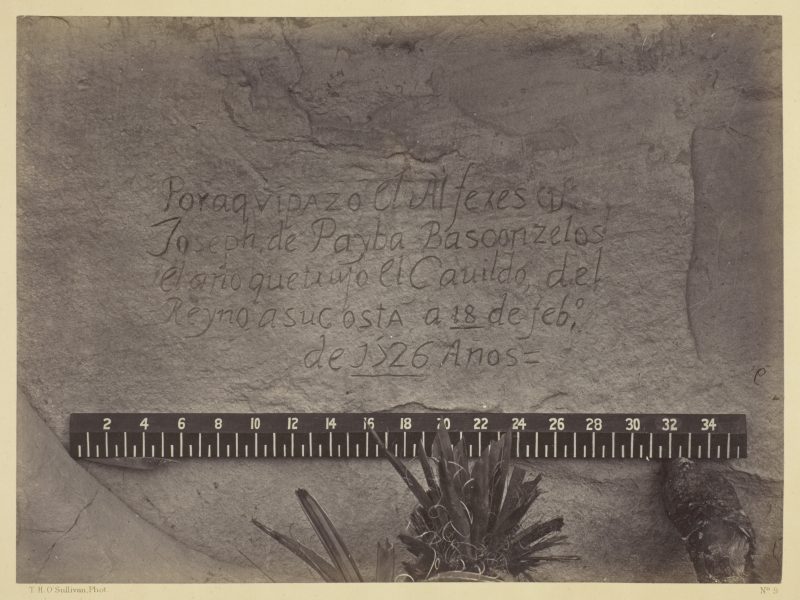 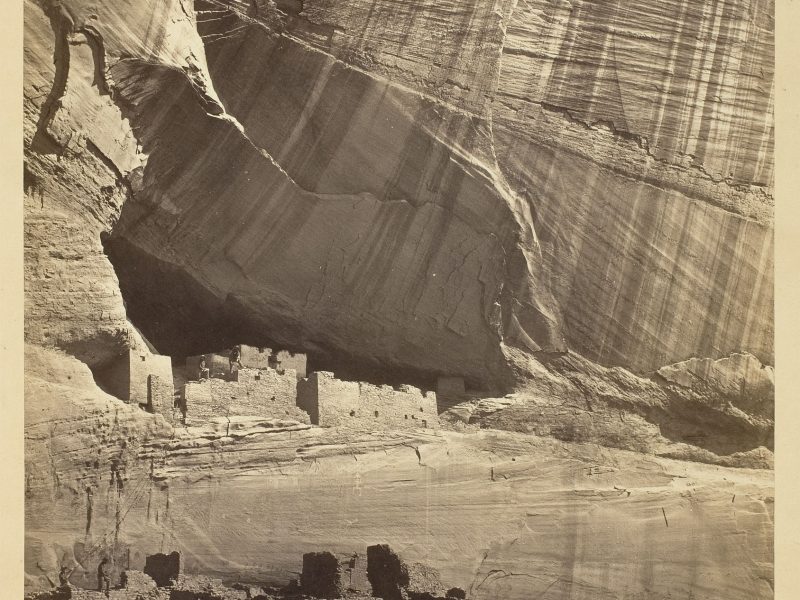 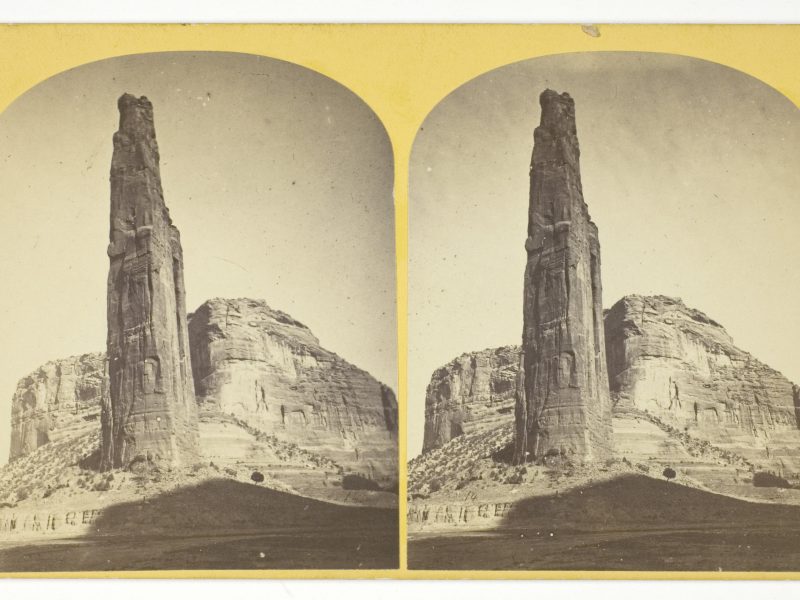 Timothy O’Sullivan, Explorers Column, Cañon de Chelle, Arizona. This shaft is the work of nature, and is about 900 feet in height; base about 70 by 110 feet. It stands near the center of the Cañon, and it is almost impossible to believe that it is not the work of human hands, 1873 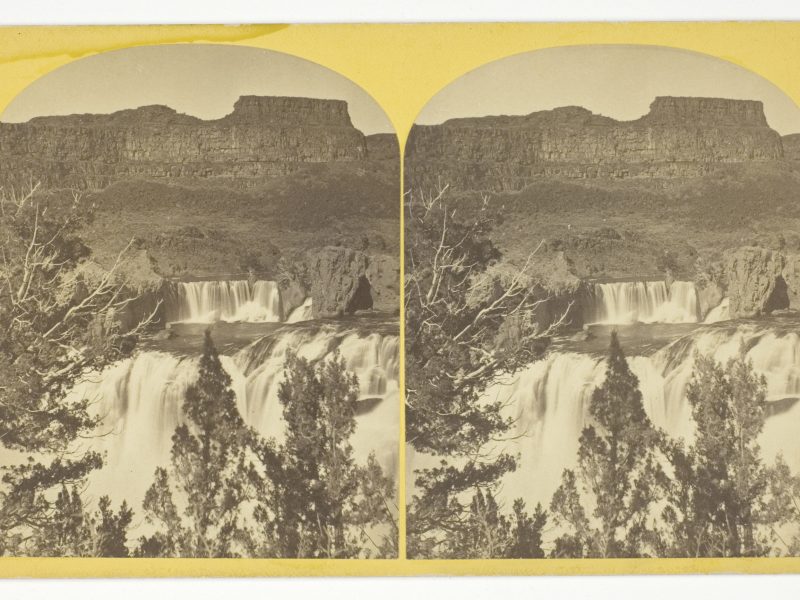 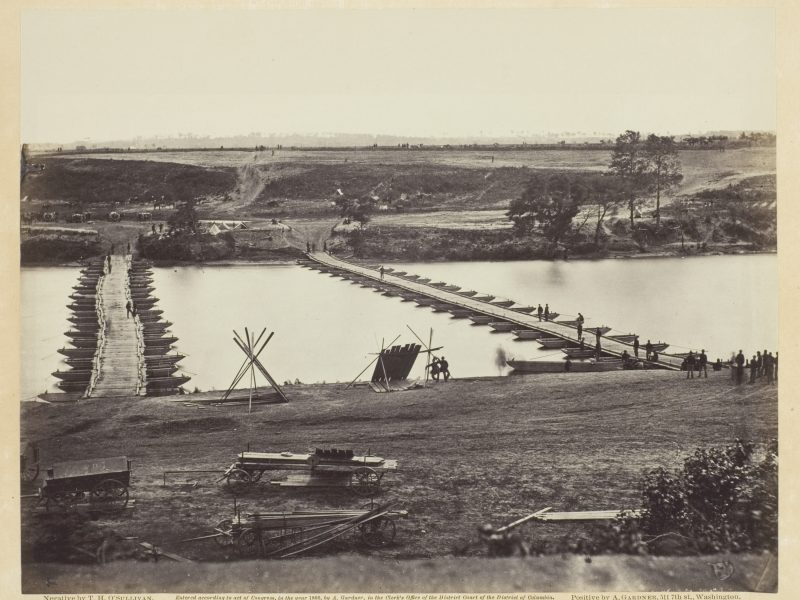 Timothy O’Sullivan, Pontoon Bridge across the Rappahannock, May 1863 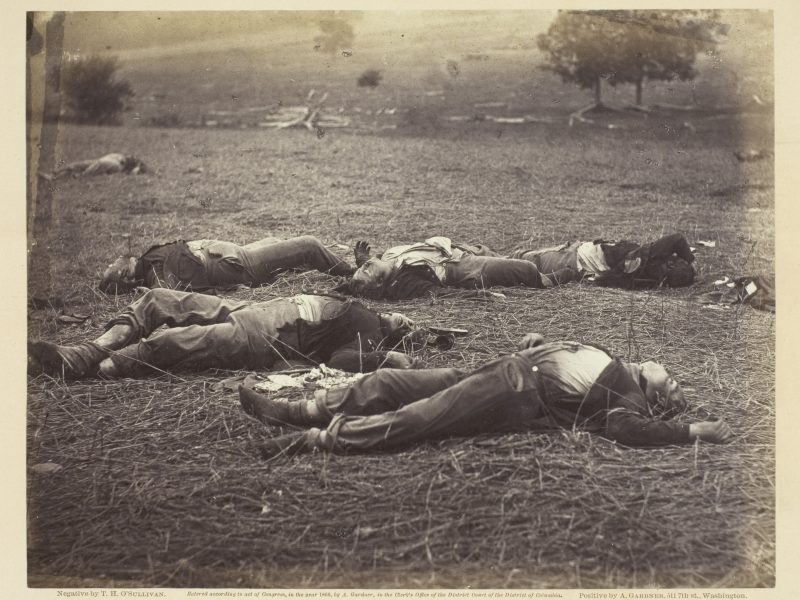 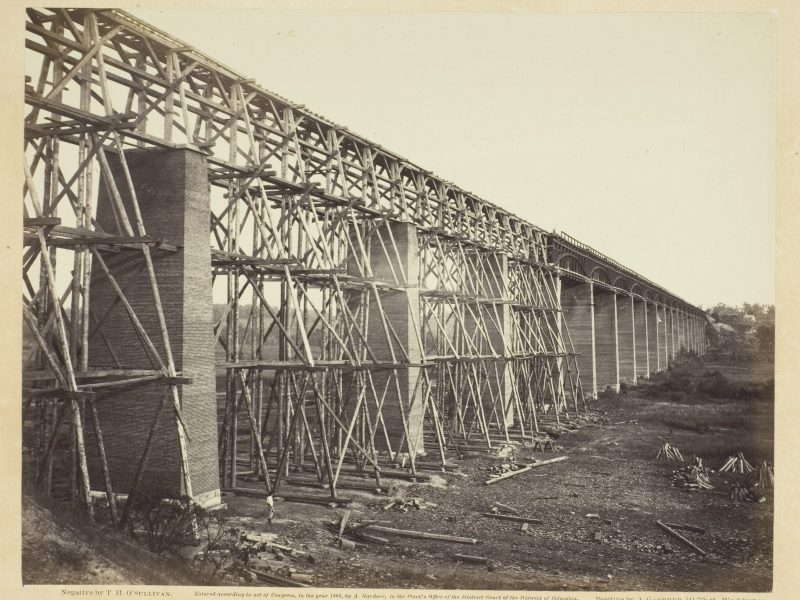